Two Brides get married at the stunning Capesthorne Hall 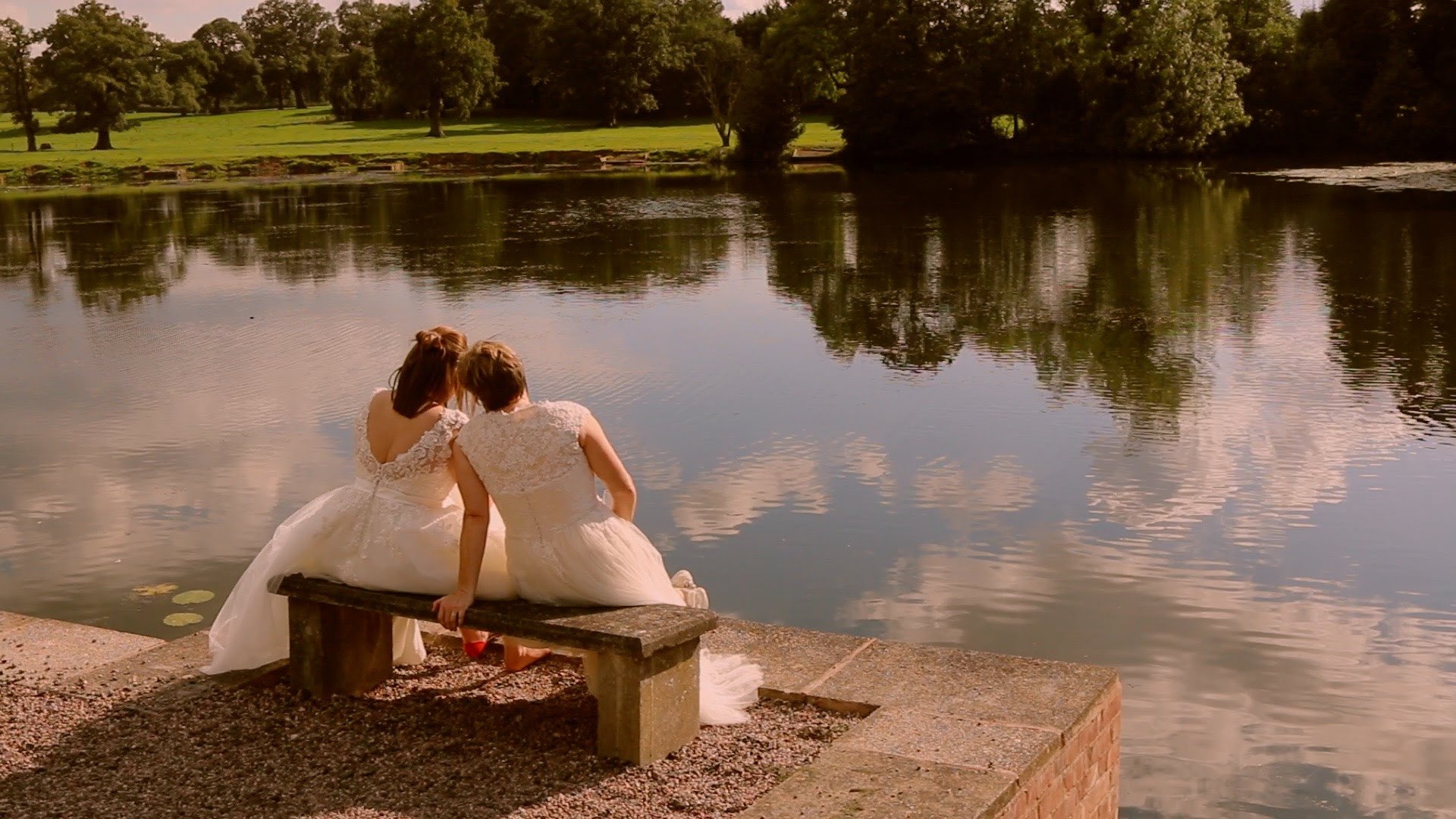 So earlier this month I filmed  two brides at Capesthorne Hall in Cheshire. The Wedding had probably the best Wedding speeches I have come across yet! there’s not much I haven’t heard that’s been ripped off Google I can tell you. These however were the total opposite; charming, hilarious, heartfelt and dam right original complete with a song duet entitled ‘Forever Friends’ which had the guests in stitches.

I started the day in Macclesfield at Helen Howard Hairdressing. I joined Elaina and Bev  the 2 Brides and the ‘I do crew”. Here they had their pre Wedding makeovers, processco and pastries.

After this we popped round to their house in Macclesfield to visit the pet gang I’ve got to say I did fall in love with ‘Bodge’ the cat though I am a sucker for a moggie puss. Next stop Capesthorne Hall to get the dresses on.

Is a beautiful family-owned stately home in Cheshire. For a wedding it’s an absolutely stunning venue and looks even better on film. Set in 100 acres of the beautiful picturesque Cheshire countryside. I felt like I was on the set of Miss Marple with the venue overlooking three lakes and beautiful gardens perfect for a Cinematic  Cheshire Wedding Videographer!

Elaina an Bev kept me entertained all day with their sense of humour, infectious smiles and banter! you pair made my job so easy!!!

Hats off to Tamsyn & Louise who did an awesome job singing their speech ‘Forever Friends’  Tamer also gave a very heart warming speech about Bev I especially liked the story about them hiding in a cupboard an Bev ‘Trumping’ which gave the game away, the two brides were definitely crying with laughter at this point of the wedding. Anyway I saved another funny part of the speeches for the highlights film so you can see it there.

One thing that struck a chord with me was Elaina’s speech when she mentioned just how lucky she was to be able to marry a woman. This is something I think we all take for granted in that we have so many freedoms.  People in other countries face being killed or put in prison if they are seen to be homosexual.

Love is Love and that is that!. I am glad I live in a liberal society and I am free to love who I want so mentioning this in the speech made me get a bit emotional. It’s a good job the camera was on me monopod.

Anyway the love and laughter continued into the evening when the first dance arrived and the DJ put the wrong song on. The song should have been Ed Sheeran’s- Tenerife sea however the DJ didn’t seem to have it. Because of this Elaina took hold of the Mic and proceeded to entertain the guests……………….10 minutes later he found it and all was well.  In the meantime we were treated to the two brides doing a rendition of ‘Fame’ which was absolute genius! Certainly something I’ve never seen at a Wedding before with the Wedding guests chanting ‘ELAINA’ ‘ELAINA ‘ELAINA’

I had an absolutely hilarious day filming the Wedding for the two Brides. So here’s the highlights for you to see!

Drop me a comment at the bottom if you loved it be great to get a chat going!