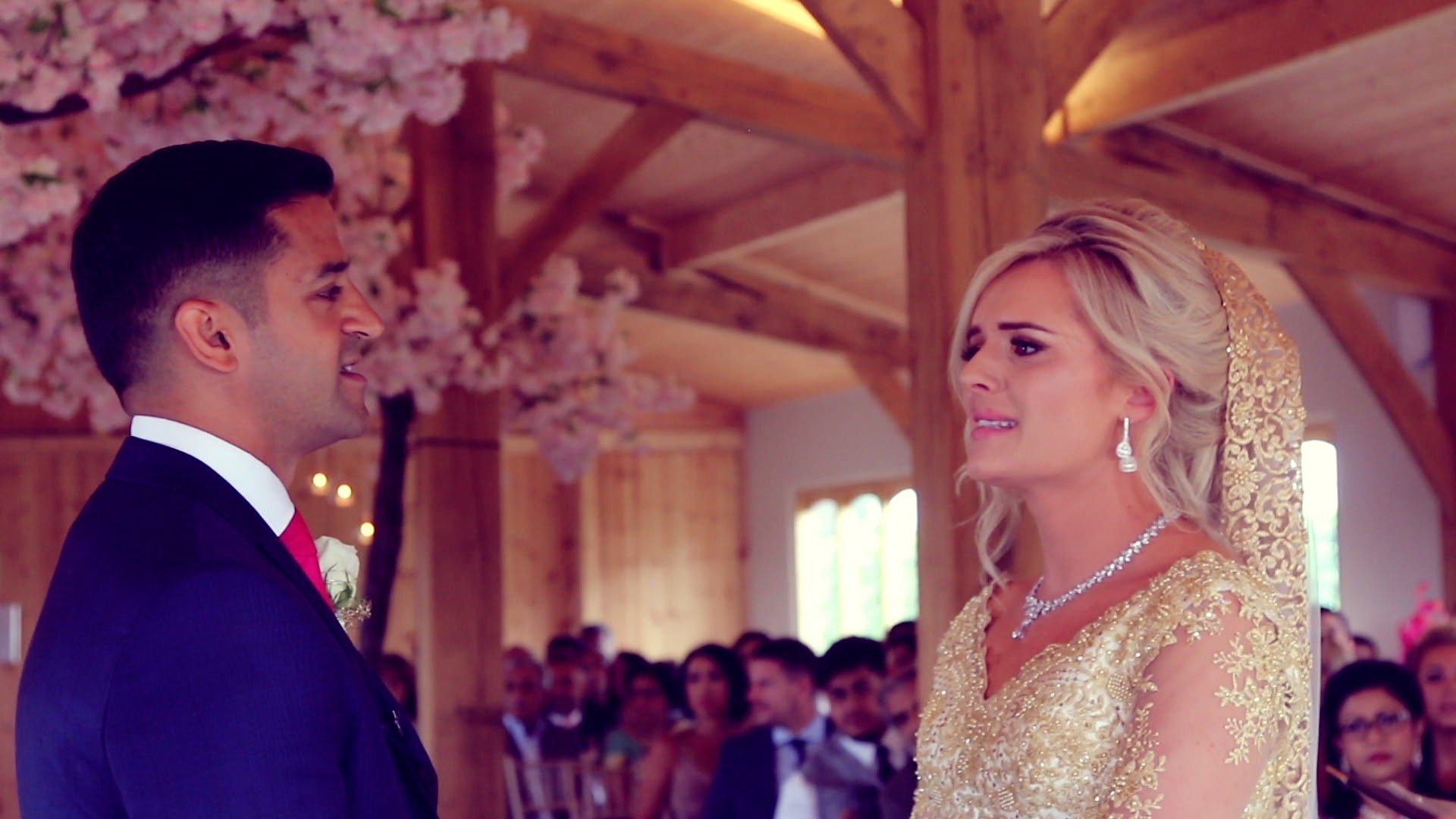 In summer me and Amy filmed an English/Asian Wedding Day in Cheshire. Carly was getting ready in Hale Barns with her Bridesmaids. Aash the Groom was getting ready at the Mere golf resort near Knutsford. It was going to be a very eventful day, filming a Civil Ceremony and a Hindu ceremony. Carly & Aash chose the stunning Cheshire venue of Merrydale Manor. Now I actually filmed the first civil ceremony here when it opened in 2017. You can read about that and see the Wedding video by clicking here: Merrydale’s first ceremony film

The first ceremony was a civil ceremony. It had beautiful heartfelt readings from family and friends and a rather emotional Bride. After being engulfed in confetti by the guests, Merrydale had a brilliant selection of canopes awaiting them. The Canopes included tasty pakoras, kebabs and onion bon bon treats. After sampling these Carly and Aash enjoyed some traditonal Indian drumming and a wild dancing session. Following this was the Hindu ceremony which included lots of lovely symbolic aspects that I found amazing to be able to film.  It was a really touching ceremony seeing two families come together as one. Seeing this made me think that this was going to be a very special MerryDale Manor Wedding Video indeed!

After the Hindu ceremony was complete we headed to the Merrydale Suite for an exclusive wedding breakfast. The Bride and Groom tucked into a 3 course fine dinning experience provided by the Merrydale team. I was was treated to a lovely Seabass dish with a potato fondant, best I’ve ever had! Meanwhile the Bestman was pacing the Hall preparing for his speech.

The breakfast suite was full to capacity with 250 guests. It was a bustling atmosphere all afternoon. Following on from this were the speeches which were fantastic. Aash’s Lawyer friend turned up to hold a rather funny comedy court room interigation. This was really funny and had the guest in stitches. There were 5 speeches from family and friends each very different and entertaining. After Dinner me and Amy went round all the guest looking for comments and well wishes from the day. We actually offer a Guest message camera as an extra option to your day. If you would like to see an example of this click here: Guest message Option

Following dinner came the first dance featuring ‘The Power of Love’ by Frankie goes to Hollywood. This track doesn’t get picked too often, but when it does I always get a bit emotional. After the first dance, the Dance floor filled up rapidly.  I always enjoy Indian dancing at Weddings because it never stops, this wedding included Epic Bhangra moves, performances from special guest Navi and a sing off between the Bride and Grooms parties. I have to say Aash’s Aunty Sumita was easily the best dancer, I even made her her own dance highlights reel.

Here’s what Carly and Aash thought of their wedding video: ‘ We were initially unsure about having a wedding video, but we’re so glad we took the plunge and we couldn’t have chosen anyone better than Jo. She’s a lovely person, and was so discreet and professional, we didn’t even notice we were being filmed. Thank you Jo! xx 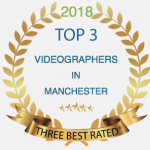 Being a Merrydale manor Wedding Videographer, I would advise you take a look at this venue now. I just know MerryDale is going to book up fast in 2019/20

Thank you Aash & Carly for picking us to capture your Merrydale Manor wedding video!

Getting married in Cheshire why not consider Knutsford! Another great location for Cheshire wedding videography.

Stunning Wedding Video at Oddfellows on the Park

The Best Manchester Wedding Videos of 2018